Strength, agility, speed, intelligence and powerful individualities are part of the routine of these heroines and aspiring heroines who stand out in the universe of Boku No Hero Academia ( My Hero Academia ). 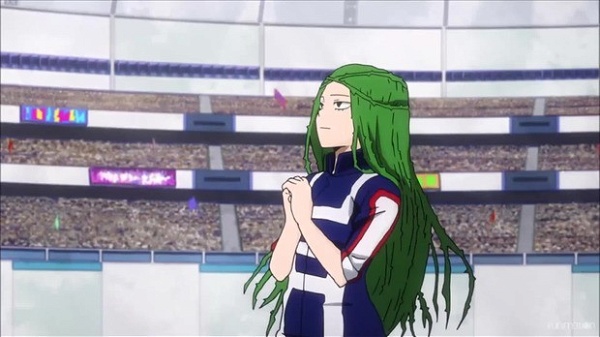 A student in Class 1-B at UA High, Ibara is known for her powerful vine hair, which also gives her individuality its name. The 16-year-old has the ability to manipulate her hair, whether to attack or defend from long distances.

Among the skills he developed are: 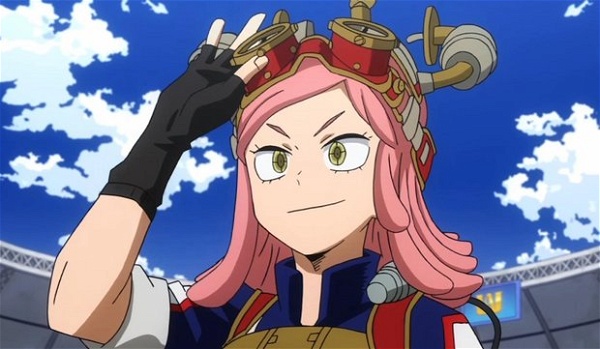 Full of attitude and talent to make those around her uncomfortable, Mei focuses her power on her intelligence. Your individuality allows you to use your eyes to see long distances (up to 5 km).

Although it has a level 1/5 in strength and speed, it makes up for it with a level 5/5 of intelligence, which it uses to build the most different and powerful equipment that often gives it great advantage in battles. 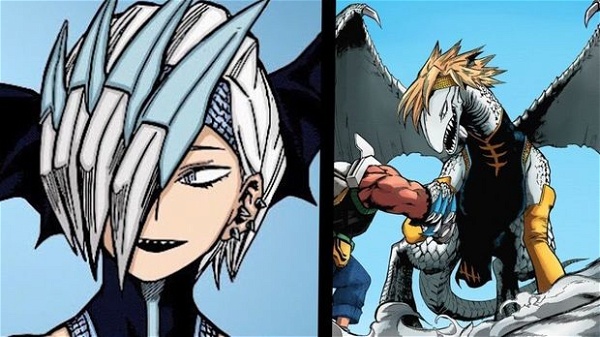 In the 10th position of the Pro Hero ranking, Ryuko is known as the Dragon Heroine due to her individuality, through which she transforms into a giant dragon, with large wings and claws.

Among his skills are:

Although she has not yet appeared in the anime and has only appeared briefly in the manga, the character caught the eye for her powers, being one of only two females in the top 10 of Pro Hero. She also acts as a mentor to Nejire Hado, Ochaco Uraraja and Tsuyu Asui. 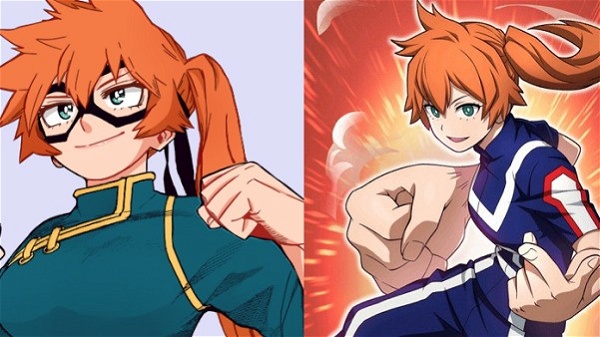 A member of Class 1-B, Itsuka is training to become a professional heroine. During the AU Admissions Examination, even the young woman proved to be a very powerful fighter, which earned her 5th place in the test.

That’s because Itsuka doesn’t limit his fighting skills to his individuality, which allows him to expand his hands in size and, consequently, strength. The student also masters martial arts such as Karate; and is extremely intelligent, being able, for example, to perceive the pattern of the opponent’s individuality.

Her analysis and strategy skills added to the moves she developed with her individuality make her a dangerous fighter. 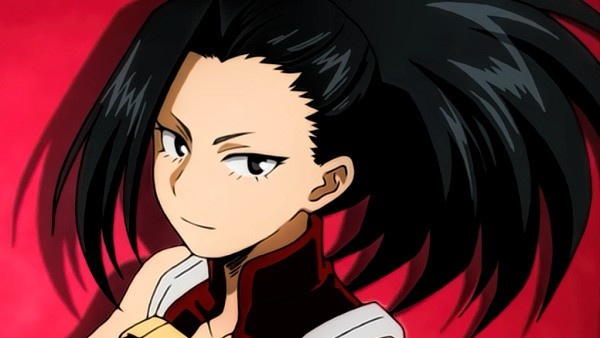 Vice President of Class 1-A, Momo was admitted to the AU through official recommendations. Innate leadership and excellent physical conditioning already make her a great warrior.

But it’s her individuality that sets her apart as one of the potentially most powerful characters. This is because she is capable of creating anything from the cells of her body, as long as she knows the chemical composition of what she wants to create.

That is, as the young woman improves her mastery of her individuality and the repertoire of chemical compositions of different objects (and weapons), Momo can be extremely powerful, with unique defense and attack resources. 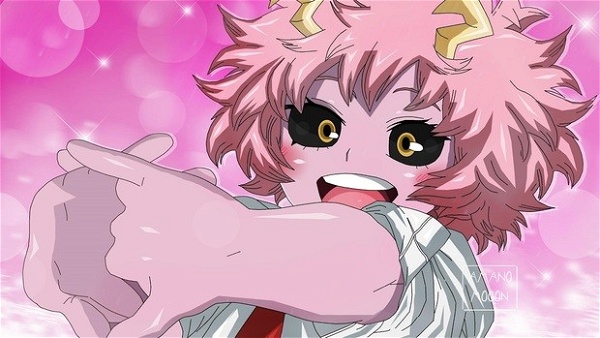 Mine Ashido – or Alien Queen or Pinky, as she is also known – has one of the most dangerous individuals: she is capable of producing acid. Her power even needs to be used with great care, with her being responsible for controlling the acidity level of the corrosive liquid that will expel from her body (and that can reach deadly levels).

In addition, Mina stands out among most students in Class 1-A for her excellent reflexes, which makes her able to dodge attacks while melting weapons thrown her way. 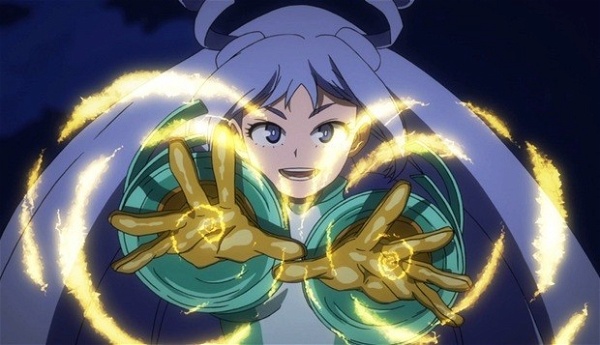 An UA student, Nejire is part of the Big 3, a group of three third-year UA High School students who stand out as the most powerful among aspiring heroes in Japan.

This young, free-spirited chatterbox draws her power from her individuality, through which she is able to convert her vitality into pure energy, which she releases in the form of shock waves.

Extremely skilled, it is able to create an electricity bomb whose control and the size of the affected zone depend only on it. 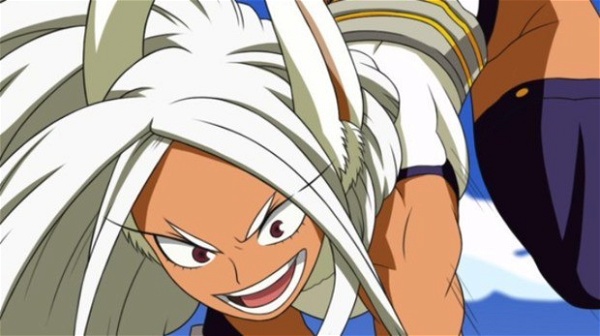 Mirko, whose real name is Rumi Usagiyama, is known for being one of two women in the top 10 of Pro Hero’s heroes, occupying no less than the 5th position in the rankings.

Her individuality gives her the ability of a rabbit – which is why she is also called Rabbit Heroine – as great strength in her legs, which allows her to take great leaps and run at high speed; and excellent hearing, thanks to your ears.

According to the Ultra Analysis Book, she has power level 5/6 (A+). 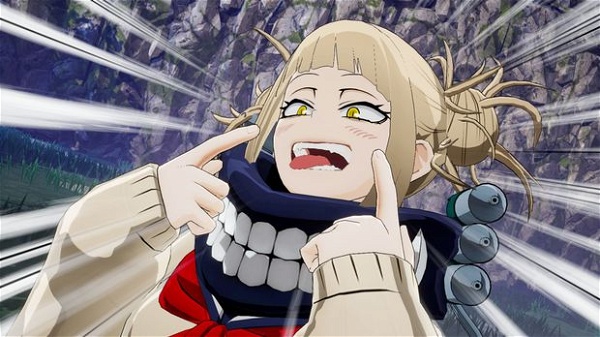 This C-rank villain is a member of the League of Villains and the Vanguard Action Squad. Thanks to her individuality, which allows her to transform into anyone, Himiko has the skills to disguise herself and infiltrate. In addition, it manages to disappear completely, becoming invisible to its enemies.

After her battle against Curious and his soldiers, Himiko’s individuality went through a kind of awakening, which allowed, from this moment, that the warrior was able to copy and also use the individualities of those she transforms into. Soon, its power is increasingly taking incalculable dimensions. The only limit to which he submits is the fact that he can only transform into those whose blood he has drunk. 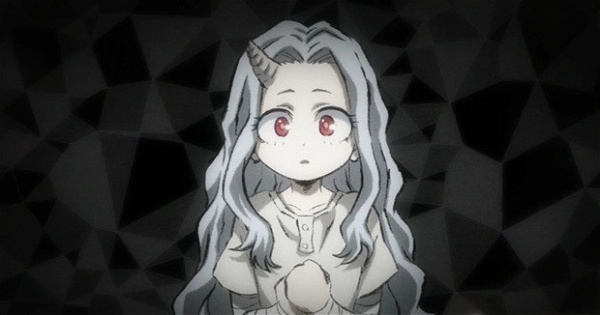 Little Eri wins the top spot on this list for a clear reason: even though she’s just a seven-year-old girl who hasn’t even had time to develop fighting skills, Eri has an individuality capable of beating all the rest!

With her power, the young woman can erase a person’s existence! This made her even the research key to Kai Chisaki’s operation to create the Individuality Destruction Drug.

Abandoned by her mother after accidentally erasing her father’s existence, Eri was the victim of the most cruel experiences, which left her with physical scars (which she hides under the bandages she wears all over her body) and major traumas and trust issues.

The girl, however, returns to believe in people’s kindness after meeting Izuku Midoriya. But she still carries the guilt for hurting those who try to save her. Furthermore, her frightening individuality caused the AU to keep her under observation, to prevent her from losing control of her powers.