Goku all transformations! in Dragon Ball

By AakashOctober 12, 2021No Comments7 Mins Read

In this article we will list ALL the transformations that Goku uses throughout the franchise. For the elaboration of this list we decided to use canon and non-canon transformations! 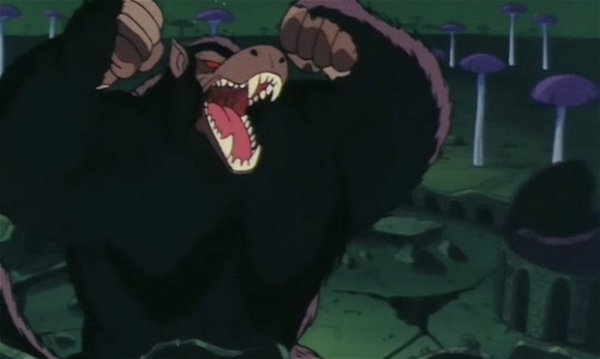 This was the first transformation we saw Goku use, as until then we had no idea that Saiyan was capable of using this type of technique.

In reality, this transformation wasn’t used whenever Goku wanted to, since it was something inherent in the Saiyan race – whenever there was a full moon, Saiyans transformed themselves into a kind of giant ape.

Despite the power levels increasing considerably, Goku lost all awareness and control over his mind, turning into a true irrational animal! 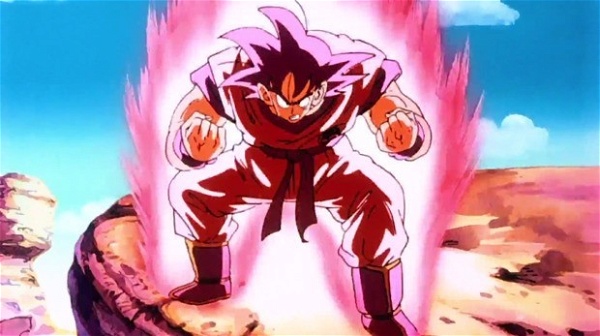 Kaioken is a technique invented by the King Kai, although Goku is the only one capable of mastering it completely. In its base form, the Kaioken doubles Goku’s power!

Throughout the franchise we had the opportunity to see Goku using more powerful versions of Kaioken, the most powerful multiplies his power level by 100 times!

Visually, Goku’s appearance doesn’t look much different, just his body is surrounded by a kind of red aura and his muscles get slightly bigger. 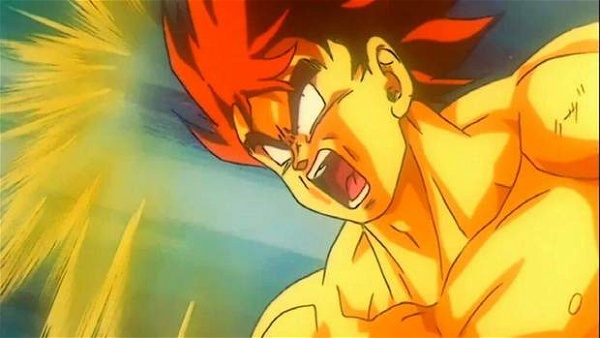 Despite being a super interesting transformation, this form is not considered canon having only appeared in the movie Dragon Ball Z: Goku, The Super Saiyan .

Initially everyone thought that this transformation was actually the Super Saiyan form, something that was only demystified during the Freeza saga of Dragon Ball Z .

When transforming into Super Saiyan Fake, Goku is surrounded by a golden aura, his hair is raised but retains its black color and his pupils disappear completely. 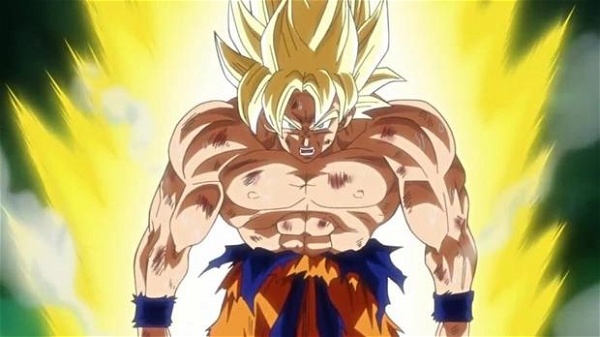 The Super Saiyan form is one of the most iconic in the entire Dragon Ball franchise and was responsible for changing the way we look at Saiyans forever.

In this transformation Goku’s power level increases immensely, his hair is raised and changes color, to a kind of golden, also Goku’s eyes are different, with his pupil changing to blue color.

Until Goku was able to master this transformation she was nothing but a legend, as many believed that this feat was only within the reach of the Legendary Saiyan!

This transformation was probably the least used by Goku. This is the first derivation of the Super Saiyan transformation, only achieved after immense training by the protagonist of the franchise.

The Third Degree Super Saiyan causes Goku’s physical strength to increase as well as his stamina, however he loses immense speed and agility, something that makes this transformation almost never used. 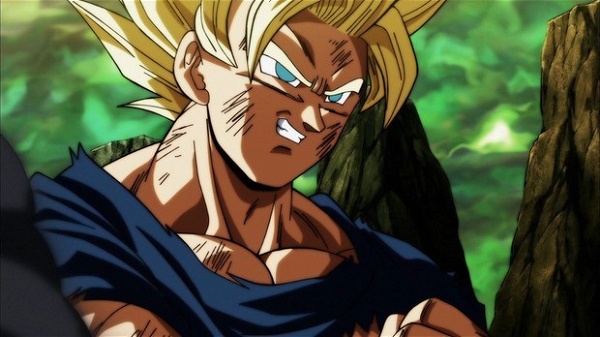 Although visually very similar to the Super Saiyan transformation, this is an evolution and a completely different power level.

Goku’s strength dramatically increases as he transforms into Super Saiyan 2, as does his speed, stamina and energy.

Admittedly, Goku is the protagonist, but normally this transformation is more associated with Gohan, the first Saiyan to achieve this powerful form! 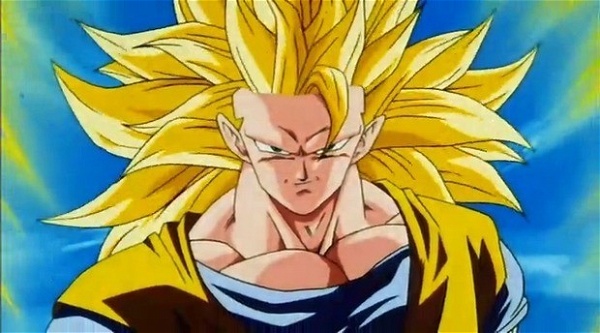 After years and years training Goku was able to transform into Saiyajin 3 during the Saga Majin Boo. In this transformation all the potential present in a Saiyan’s blood is utilized, making this (theoretically) the perfect version of the Super Saiyan transformation.

In reality, Super Saiyan 3 makes the power of the base Super Saiyan transformation to be multiplied by eight, which is something truly impressive.

Despite all this, Super Saiyan 3 stopped being a transformation used by Goku, passing to the background. 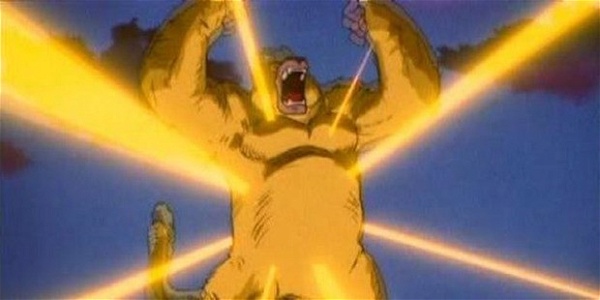 In this transformation, Goku took on the appearance of the giant monkey Oozaru, but his fur changed color from brown to gold, an obvious reference to the Super Saiyan transformation.

As with the Oozaru transformation, Saiyans have to have their tail and can only transform when looking at a full moon, or a planet. 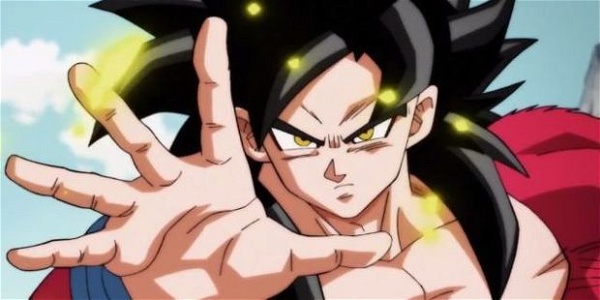 Speaking of non-canon transformations that belong to Dragon Ball GT, we couldn’t leave Super Saiyan 4 out!

Basically this transformation is different from all the others. Here, in order to achieve this form, Goku must have his tail, have enough power to transform into Golden Oozaru and the ability to gain consciousness in that form.

When Goku gains control over himself, he is then able to transform into Super Saiyan 4. In appearance level this transformation is a mix of Super Saiyan and Oozaru. 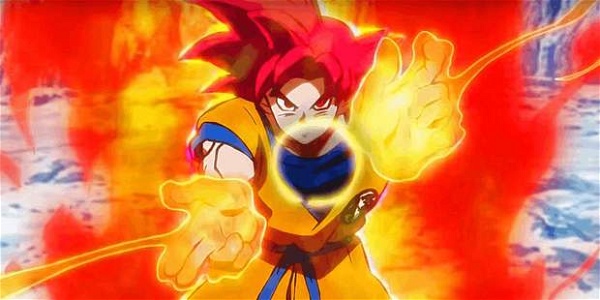 The Super Saiyan God is the transformation used by Goku once he can access Divine Ki. This form is only achieved after a ritual with six other pure-hearted Saiyans, or through training with a divine entity.

When he reaches this form, Goku is able to face divine beings, such as the Gods of Destruction. Even so the Super Saiyan God is not enough to defeat them. 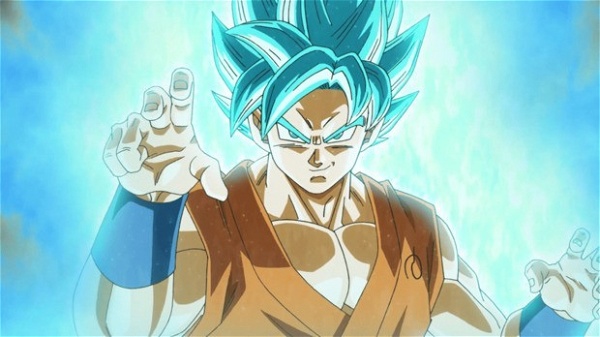 Currently the Super Saiyan Blue is probably the most used transformation by Goku, becoming a regular presence in both anime and manga. 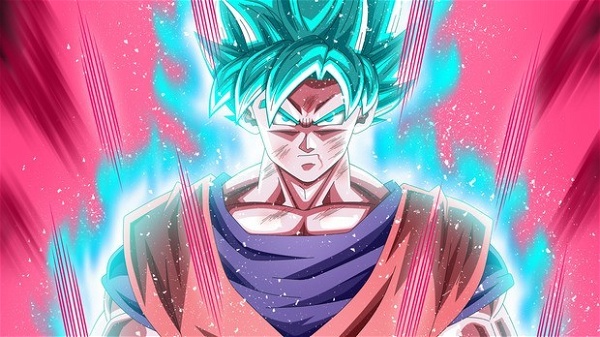 With this combination Goku managed to take his power levels to a truly absurd level! Once he attains Super Saiyan form, the Dragon Ball protagonist is able to combine it with the Kaioken technique.

With the Super Saiyan Blue transformation as one of the most powerful, as soon as Goku activates the Kaioken his power level increases by 20 times!

We had the chance to see this combo in action during the Tournament of Power, especially in the confrontation between Goku and Universe 11 Warrior Jiren! 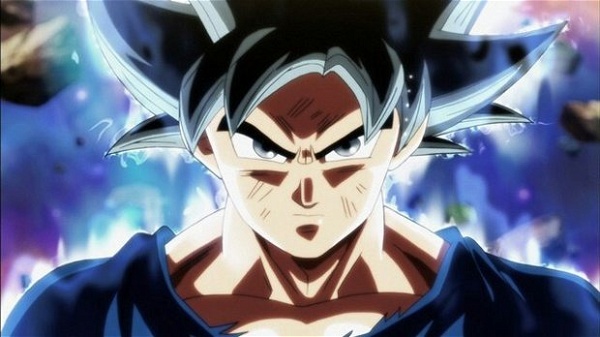 This is basically (as the name implies) the incomplete form of the Higher Instinct technique. Before Goku could tap into the full potential of this technique he demonstrated his increased power through transformation.

In Incomplete Higher Instinct, Goku keeps his hair in its original shape and color, however his pupils turn gray and his body is surrounded by a blue and white aura.

Even being an incomplete form, this one proved to be super powerful and enough to beat most of your opponents! 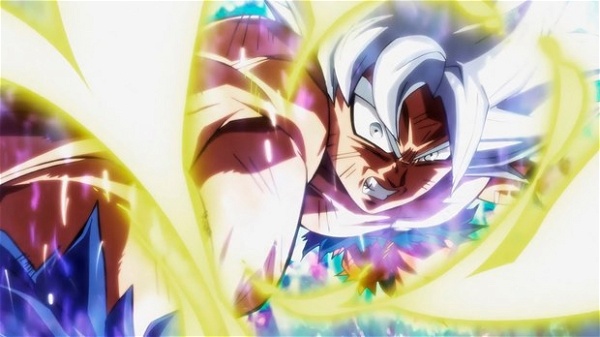 Once Goku has mastered the Higher Instinct it’s best to get out of his way! In this form, Goku is virtually invincible.

In addition to your attack power greatly increasing your reflexes and speed increase to a level that not even some gods can keep up. Visually this shape is represented by Goku’s gray hair, as well as his pupils which are the same color. Also his physiognomy changes a little, getting Saiyan with his muscles a little bigger!