What is yuri anime?

Yuri is a Japanese term meaning “Girl’s Love” and is commonly used to characterize anime, games, manga, or other media that revolve around or give some emphasis to, romantic relationships between two women.

We prepared a list with the best Yuri animes for those who are a fan or want to know the genre better! 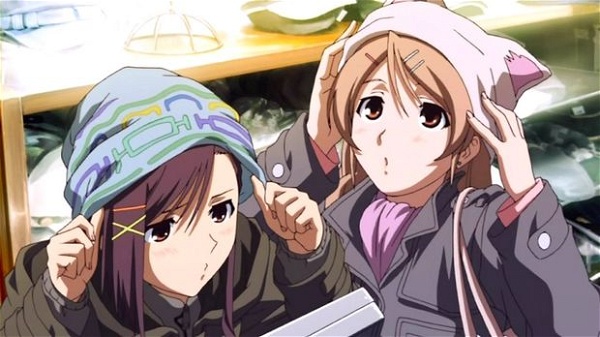 Candy Boy speaks of a type of relationship unlike any other on our list, focusing on Yukino and Kanade Sakurai, two twin sisters who live in a high school dorm room.

Despite being twins, they act romantically with each other, often holding hands and exchanging affection. But their relationship begins to change when Kanade sees Yukino walking with a new girl, Sakuya Kamiyama.

As the two start spending a lot of time together, Kanade begins to think they are dating and decides to walk away from her sister. But that wasn’t what was happening at all, as Sakuya was just asking for love advice. What will be the outcome for this love triangle? 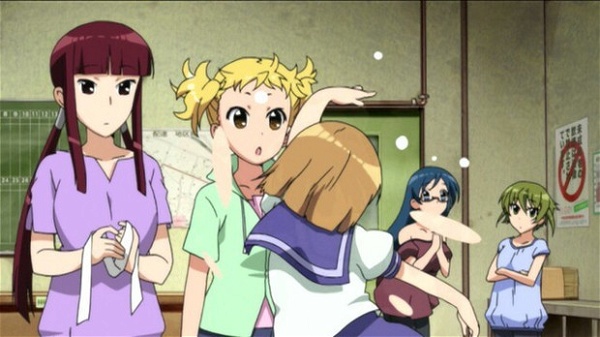 Her fate ends up crossing that of Fuhshin Gazette , a local newspaper delivery company that gives her a space to live, and as payment she works for the company.

The Fuhshin Gazette is made up of unique characters such as Yume Kitaoka and his girlfriend Yuuki Minami, simple Hinata Azuma, alcoholic Haruka Nishida, and young but mature Saki Amano. But not everything is fun in this new reality, as Kana has to deal with a very demanding job full of adventures! 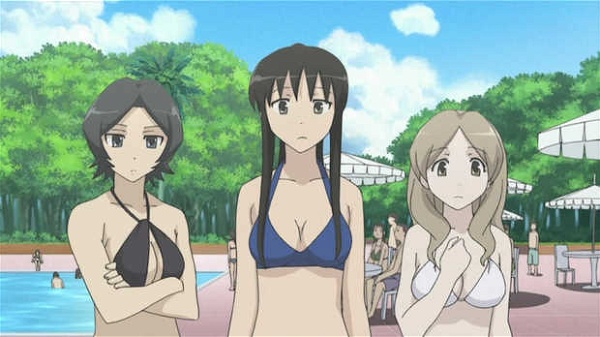 Sasamekikoto introduces us to Murasame Sumika, a popular girl at her school thanks to her excellent grades and exemplary performance in various sports.

The young woman has a secret that she has never revealed to anyone, she is super in love with her classmate, Kazama Ushio.

Ushio also romanticizes with girls, but she still hasn’t realized that Sumika is in love with her, as she has always been turned down by other girls. 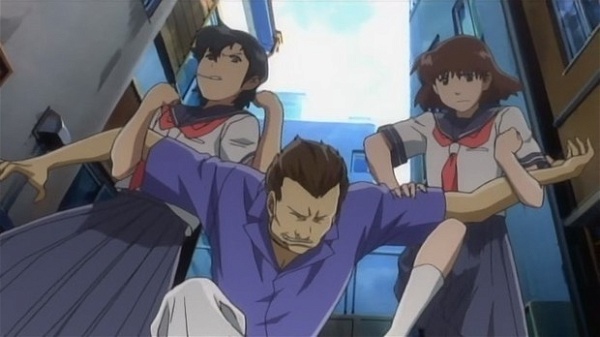 Blue Drop: Tenshitachi no Gikyoku , tells the story of Mari Wakatake and the events that killed all the inhabitants of Kamioki Island and left the protagonist without memory.

Mari unwillingly joined an all-girls school, isolated from the rest of civilization, the Kaihou Academy. Although everything seems calm, Mari doesn’t know that someone is secretly watching her, waiting for her memory to return to normal. 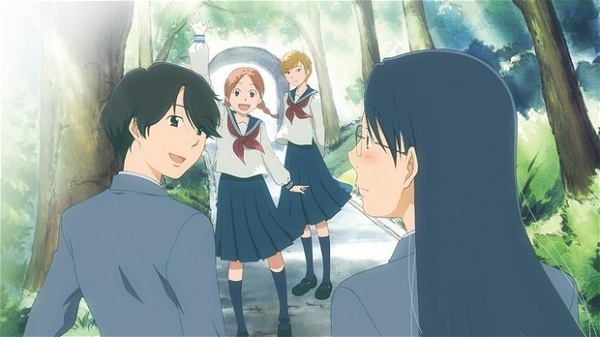 Aoi hana focuses on the special relationship between two girls, Fumi Manjoume, shy and sensitive, and Akira Okudaira, sincere and kind. They were best friends when they were just kids, but that all changed when Fumi and her family moved.

Years later, Fumi returns to his hometown and ends up joining the Matsuoka Girls School . That’s where she finally reunites with Akira. Despite the expected reunion between the two, the relationship ends up not being the same.

A process to recover the friendship lost between the two begins in this way, but will they be able to do it? 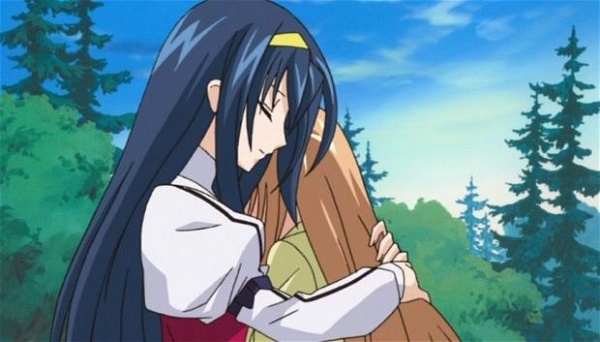 The Kannazuki no Miko anime begins in the small and quiet village of Mahoroba, it is there that we meet two students from the prestigious Academia Ototachibana, who are opposites of each other. Himeko is shy and unassertive and, on the other hand, Chikane is bold and elegant.

Despite their differences, they love each other, and there is nothing to separate them – no matter how hard they try. On the two girls’ (shared) birthday, a sinister voice takes hold of one of their friends to attack them.

It is at this exact moment that the powers of the lunar and solar priestess that were hidden in the bodies of Himeko and Chikane awaken, driving away all the evil present there. This is how a new adventure begins for the two young women! 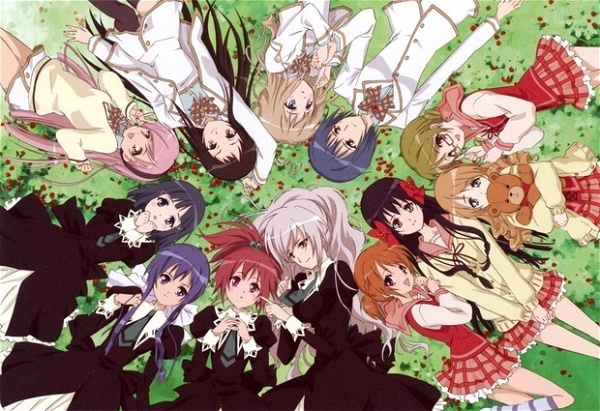 In Strawberry Panic we follow the character Aoi Nagisa, who has just transferred to a Catholic girls’ school called Starrawberry Dorms.

Strawberry Dorms is divided into three different student groups (Lulim, Miator, Spica) – they all have a president, uniform, and activities of their own. Nagisa ends up being selected for Miator’s group and attracting the attention of the entire school after a sequence of incidents involving the Student Etoile (representative of the three groups of the school).

Shizuma is a kind of idol for everyone. Meanwhile, Nagisa and Shizuma start to fall in love, but slowly a love triangle happens! 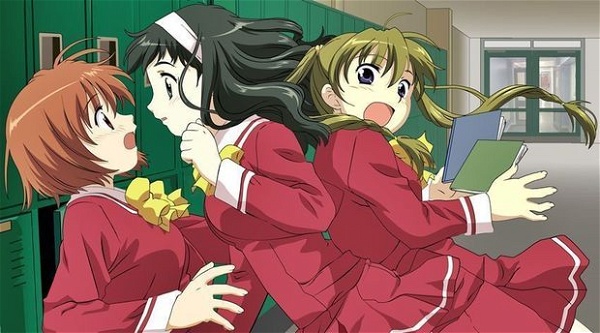 This is one of the most original anime on the list, which chronicles the new life of Hazumu a simple, shy boy who had a huge passion for gardening and long hikes in the mountains.

After much reflection, he finally gained the courage to confess to Yasuna his love for her, but unfortunately, the girl rejected him.

Sad and crestfallen, he decided to climb Mount Kashimayama, the place where the two met, to reflect on what had just happened. There he made a wish for a shooting star and his life was completely changed! Now he is her, and he has to start his life in the skin of a woman! 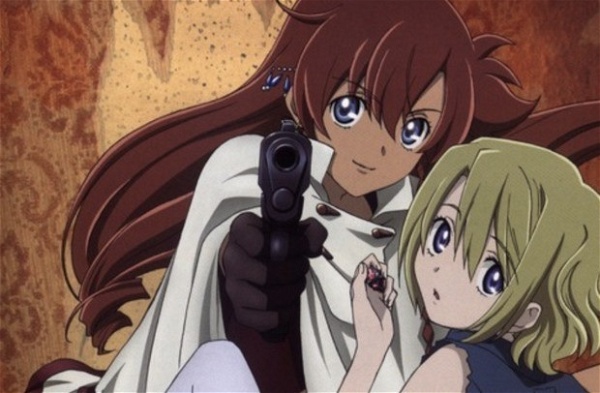 Eru Kazado’s story revolves around the girls, Ellis and Nadi. The anime begins with Ellis being accused of suspected murder, having to flee from an underground society they call “Hunters” .

After some time, she ends up meeting a bounty hunter named Nadi, who was looking for Ellis to take the reward for his capture. Eventually, Nadi gives up on the idea and decides to help Ellis regain the truth about his past.

Eru Kazado takes place in a very characteristic environment that takes us to the old “westerns” ! 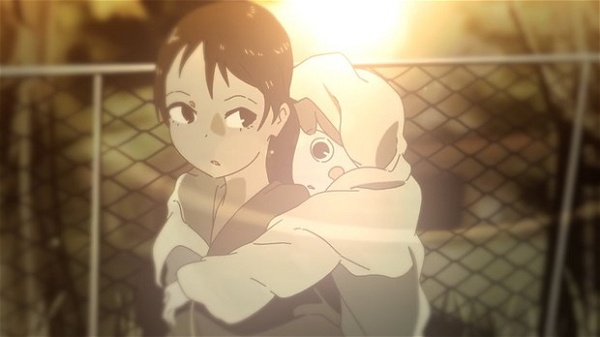 Kanamewo is undoubtedly a unique production, there we meet a young woman (name is not revealed) who during a bike ride ends up finding a very injured and weak tree goddess.

It is revealed that the land of the sanctuary of this goddess is being used for construction, the young woman decides to help, taking the deity to her home.

The two begin to create a very special relationship, but a question hangs in the air: what will happen to the goddess once the works are completed? 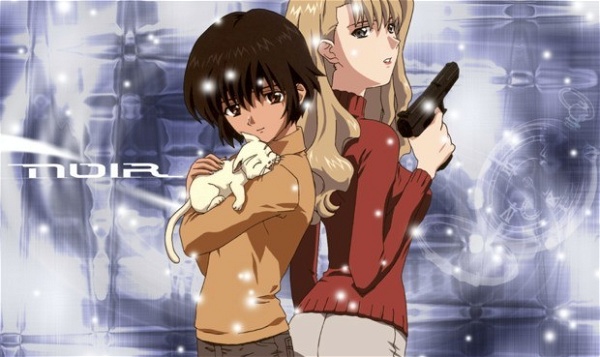 Noir tells the story of Mireille Bouquet, an assassin for hire who receives an email from a young girl who is going through an episode of amnesia, however, it is later discovered that despite her memory loss, she is an efficient killing machine.

The story takes us on a journey into the two girls’ past, which ends up taking them to the capital of France, Paris. However, someone is preventing them from reaching their destination.

The anime delivers to fans diverse content, traveling from action to humor, always based on a well-assembled and super interesting story. Undoubtedly a must-have anime for all fans of the genre. 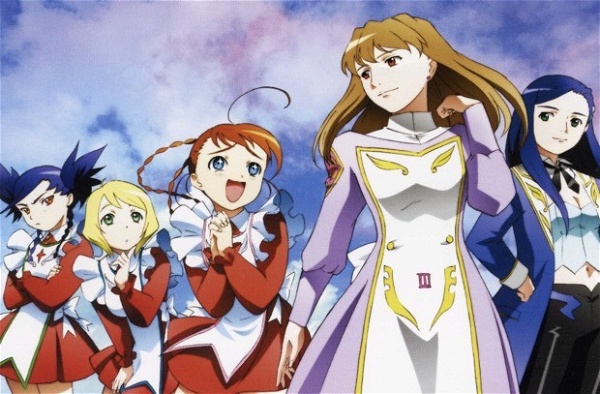 Mai otome’s plot takes place in the distant future, more specifically on the planet Earl, which was colonized by terrestrials centuries ago.

In this new society, female virgins assume the role of the so-called Meister Otomes (security of royalty). In the anime, we follow the character of Arika Yumemiya who arrived in the Kingdom of Windbloom in search of her mother, who was a Meister Otome.

As soon as she arrives, Akira meets an exemplary student named Nina Wáng, and the heir to the throne of Windbloom, Mashiro Blan. The series mixes several elements and is at least a refreshing offering within the genre. 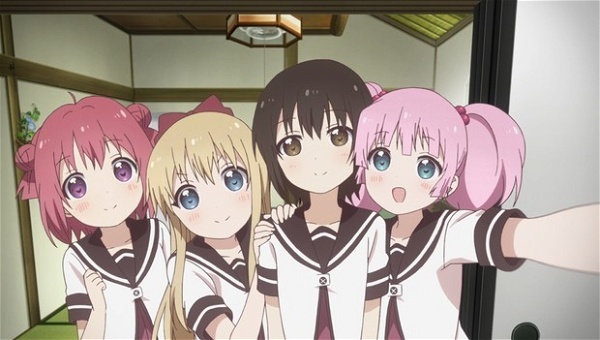 Yuru Yuri focuses on the life of Akari Akaza, a student who attends an all-girls school (a very common premise in this genre) and on the reunion with her childhood friends Yui Funami and Kyouko Toshinou.

At school Yui and Kyouko decide to create the “Amusement Club”, which now occupies the room of the now extinct “Tea Club” and as soon as Akari joins her friends in her new club, Chinatsu Yoshikawa, she appears thinking that she was in front of the “Club of Tea”. It was only when the girls explained that the “Tea Club” was dissolved that they were able to convince Chinatsu to join the “Amusement Club”.

But what is the group’s goal? Just provide entertainment and good times for its members. Based on a manga, this anime is a comedy about a group of girls who decide to spend their free time drinking tea. 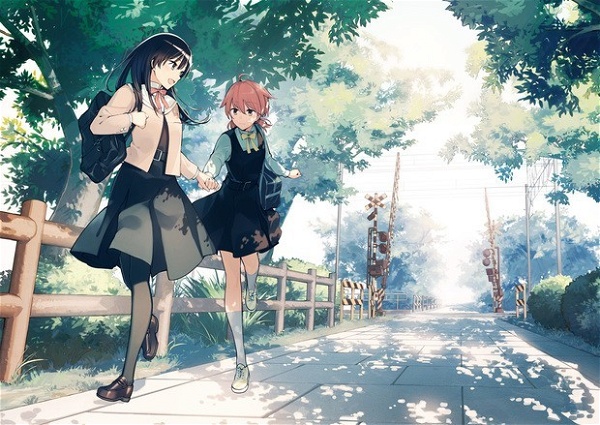 Bloom Into You tells the story of Yuu, a young woman who was a big fan of shoujo manga (the romantic type) as she eagerly awaits the day when a guy declares his love for her.

However, when a boy from her school declares herself to Yuu, she ends up feeling nothing, being super disappointed and confused.

Everything changes as soon as Yuu sees the beautiful Nanami refuse a suitor with maturity and confidence, inspired by this, she decides to ask the young woman for help. After that, her shoujo romance begins in a way she could never have imagined. 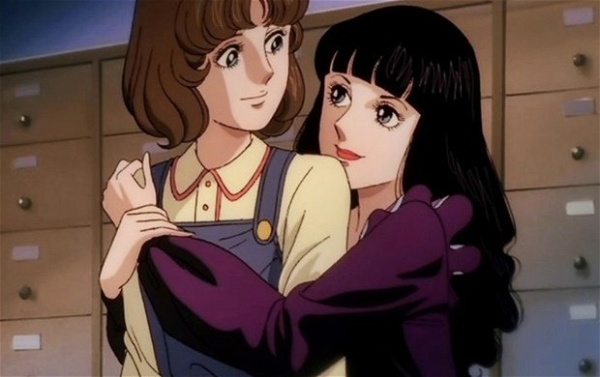 Oniisama e… is not an anime for everyone. It was never officially released in Brazil and offers a deeply sad and heavy story.

The plot is apparently simple, with Nanako and her childhood friend, Tomoko, entering a special school just for girls and where all the students are wealthy and upper-class. The action recounts the events that happen during Nanako’s school days, as she narrates everything in letters she sends to her brother.

As we said, this is not a light anime, so if you’re a little sensitive, we don’t advise viewing it, however, the quality of it is indisputable.